People with Auditory Processing Disorder (APD) have trouble understanding sounds, even spoken words. APD usually starts in childhood, but it can happen at any age.

How common is Auditory Processing Disorder?

According to the National Institutes of Health, about 5% of school-aged children have some auditory processing disorder (APD), and 43% of children who have trouble learning have APD.

APD often happens along with other conditions, and its symptoms are often the same as those of other conditions, so it can be easy to mistake it for something else. For instance, research shows that up to 70% of people with dyslexia also have Auditory Processing Disorder. This means that around 50% of children with ADHD also have this problem.

APD can also happen with speech/language disorders, autism spectrum disorder, sensory processing disorder, and visual processing disorder. Auditory Processing Disorder is probably more common than is thought, though, because children with it are often not diagnosed or are given the wrong diagnosis.

Parents may notice that their child isn’t hearing or listening well at a young age, but the problems usually become more evident at school. Even though children with APD may seem to have trouble hearing, this is usually not the case when they take regular hearing tests.

Characteristics of APD include:

The outer, middle, and inner ear are the three parts of the ear.

When someone has APD, the sound goes through the middle and inner ear as usual. Then, the auditory nerve takes it to the brain. When the sound gets to the brain, for some reason, it cannot figure out what the sound means.

APD is sometimes called a “spectrum disorder” because each person is affected differently and to a different degree. Some kids have a wider variety of problems than others. APD can be made worse by having other problems, like dyslexia, trouble processing language, trouble paying attention, or bad short-term memory.

What are the common causes of Auditory Processing Disorder?

There may be a genetic part to it since parents sometimes say they had the same problems when they were young as their children. It could also be because some children with a lot of ear infections have brains that are “wired” a little differently, making it harder for messages to get from one cell to the next.

Along with APD, children can also have dyslexia, attention deficit disorder with or without hyperactivity, and speech or language problems.

How is Auditory Processing Disorder diagnosed?

When a child with APD gets a regular hearing test, they usually don’t show any signs of hearing loss because the test is done in a quiet room with few other things going on.

To diagnose APD, you need to do more complicated tests like:

If you think your child may have APD, we can help. Contact us today to set up an appointment. We offer APD testing in New Jersey and New York. 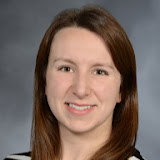 Herb Friedman
Dr. McCue has extremely helpful and caring.. As on previous occasions she was patient and efficient. I would certainly recommend her..
Read more